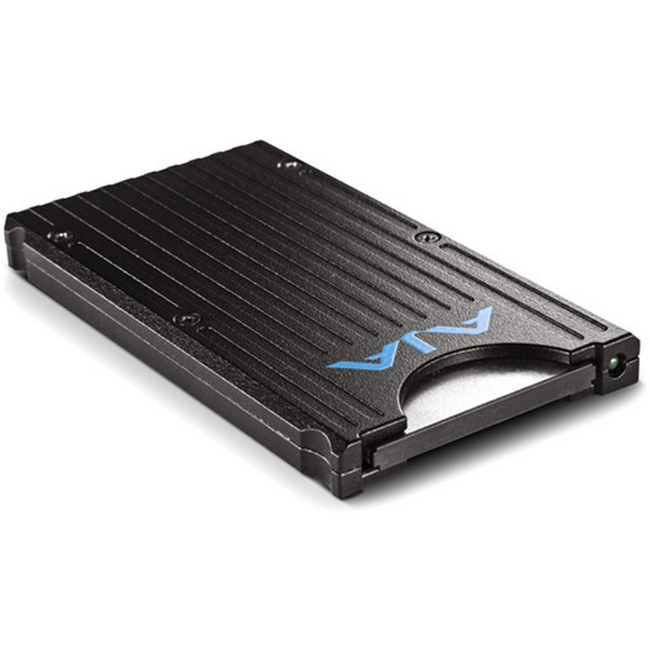 Please call us for alternatives or end of line stock.

Pak-Adapt-CFast allows you to use CFast media you provide with CION, Ki Pro Quad and Ki Pro Ultra.  Simply insert the CFast card into the Pak-Adapt-CFast and once the green LED is lit, your media is mounted and can be formatted. Formatting CFast media may take up to 60 seconds to complete.

You're then able to record direct to your media. You can even mix and match AJA Pak media side by side in Ki Pro Quad and Ki Pro Ultra with Pak-Adapt-CFast if needed. Pak-Adapt-CFast requires qualified media to ensure you get the best results.

*SanDisk Part Code DCFSP-128G with firmware version HDX14.14
**Densities other than 128GB are not supported, AJA testing has concluded that the performance was not consistent enough to fully qualify them for inclusion.


Pak drives are compatible with the CION production camera as well as the
Ki Pro Ultra and Ki Pro Quad 4K/UltraHD/2K/HD file-based recorders and players.

The combination of these powerful devices and Pak storage creates an efficient workflow for capturing media as ProRes files and bringing it quickly and easily into the post production environment in a high-quality file format that maintains manageable file sizes.