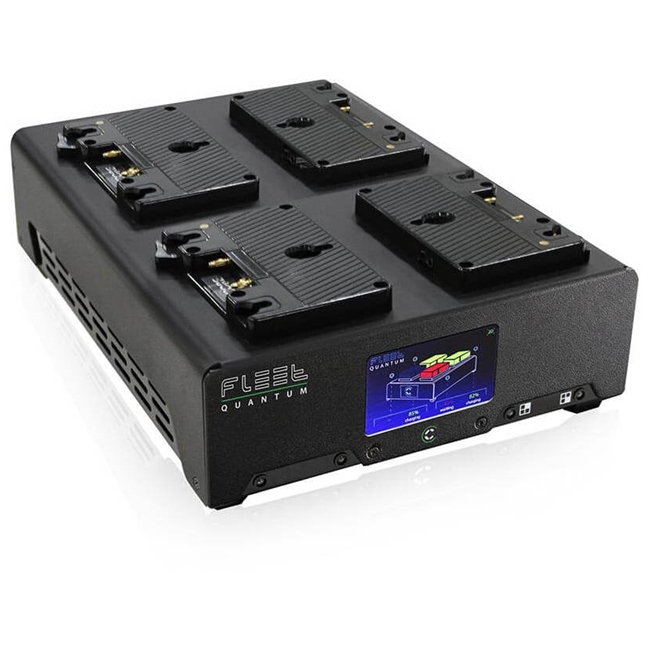 The Fleet Quantum series are the next generation of smart chargers. The chargers offer a highly efficient “2x2” simultaneous charge. When four packs are placed on the charger, the charger detects which two packs have the most charge capacity and first charges those to full capacity. With a 4A/hr charge protocol, the charger can charge four 98wh packs in 3 hours; utilizing half the power of previous generation chargers.

With a large colour touchscreen LCD with graphical user interface, the charger provides the utmost transparency on stored smart battery data including state of charge, cycle count, capacity data, etc. The charger also provides a battery health analysis to alert the user of any abnormalities which may require a cell balance.
The gold mount version is compatible to charge Anton/Bauer batteries. 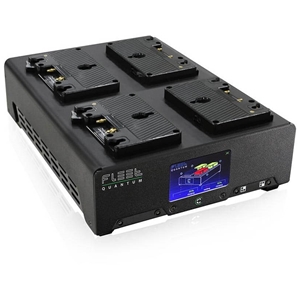