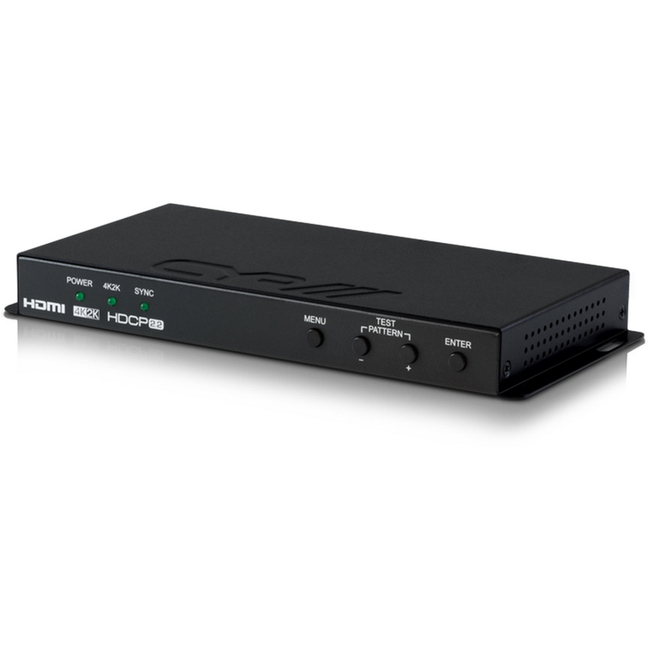 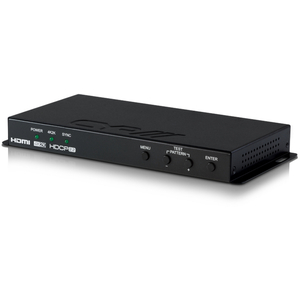 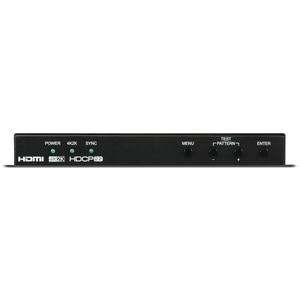 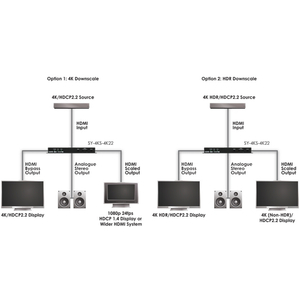 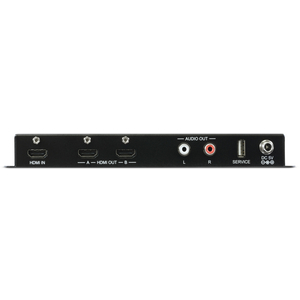 ​​The SY-4KS4K22 HDMI Scaler is designed to upscale 1080p resolutions to 4K Ultra High Definition (UHD) resolutions, or downscale a UHD 4K signal to 1080p for integration into any AV system. This scaler utilises the lastest HDMI2.0 and HDCP2.2 technology ensuring the highest level of compatibility available. The ability to downscale 4K signals to 1080p is a crucial function when working with 4K sources in a complex AV system and distributing the HDMI source signals to multiple displays which have varying resolution support.

The SY-4KS-4K22 incorporates two HDMI outputs, one of which can upscale or bypass (input follows output) and the second can downscale or bypass the incoming signal.  The SY-4KS-4K22 allows the user to select the highest supported resolution between the source and the each connected display. Both the bypass output and scaled output operate simultaneously.Additionally the SY-4KS-4K22 has a number of other key features including a Deep Colour Conversion of 12 or 10 bit conversion to 8 bit, including HDR down convert for non-HDR displays. For further compatibility with legacy displays, there is also an on-board HDCP conversion tool enabling HDCP2.2 to be converted for use with HDCP1.4 compliant displays. Lastly, the SY-4KS-4K22 has an on-board Digital to Analogue audio Converter (DAC) enabling stereo analogue audio breakout via RCA connectors on the rear of the device.
Trustpilot
Related Products 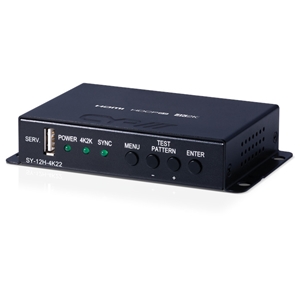 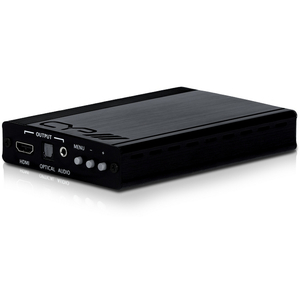 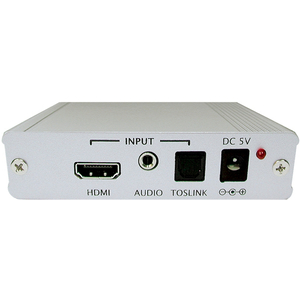 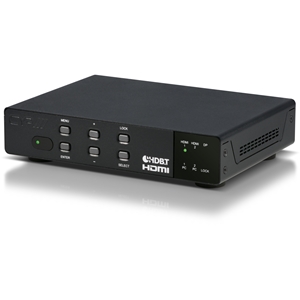